The 2014 Brit Awards have just wrapped up, and the One Direction chaps and their chums have helped make it a global event on Twitter. 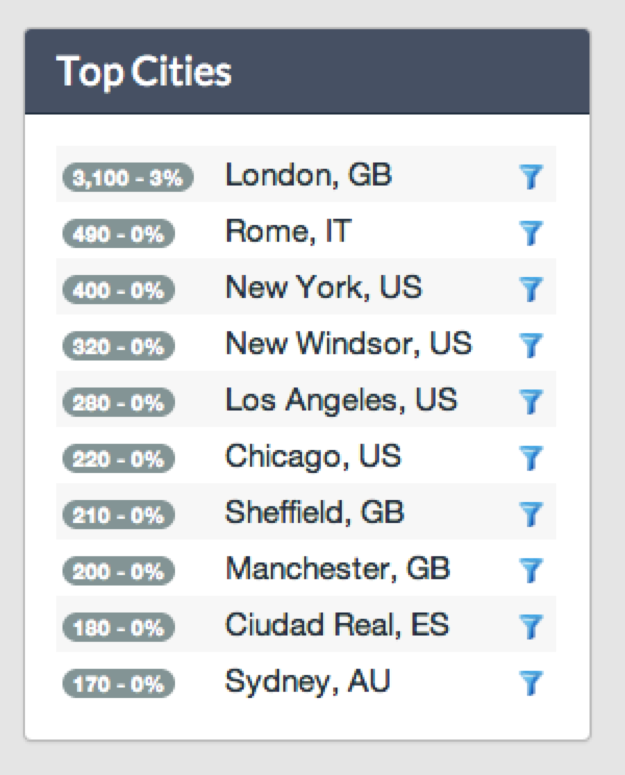 The 2014 Brit Awards have just wrapped up, and the One Direction chaps and their chums have helped make it a global event on Twitter.

We set up an Analytics to pick up all tweets that contained the official hashtag (#Brits2014), and 24 hours before the event started we noticed that only 3 of the top 10 cities were from the UK.

Obviously when it comes to music on Twitter, One Direction does tend to skew things, and their fans from all over the world were obviously pushing for them as hard as they could.

We also noticed that @5sos actually had the most retweeted tweet at that stage.

As an aside, recently we have been seeing 5 Seconds of Summer trending more frequently than even One Direction. There have been more than 35 official trends featuring ‘5sos’ just in the last 2 weeks.

As the event unfolded we saw activity all over the world, and just over 2m tweets mentioning the official hashtag.

Through our iTrended service, we were also able to see the official Twitter trends that mentioned ‘Brits’, and sure enough, the One Direction associated hashtag trended in more locations than the official hashtag.

Here are links to the iTrended reports for the #BritsOneDirection and #Brits2014 trends.

There were also lots of spinoff hashtags that officially trended:

* Locations is a minimum value. Over this time period it may have covered more locations.